This is my third year participating in the Web Summit. The last two in face-to-face format, and now in online format. And before I get into the subject of lectures, I need to talk about the size of the platform created. In 3 days, the Web Summit will feature hundreds of speakers, on a platform developed by them during 2020 on behalf of COVID. There are 5 main rooms: Centre (Main), Creators, Society, Builders and Portugal. In addition, there is a space for masterclasses of all subjects, an area called Mingle, where you are put into video chat for 3 minutes with another person at the event. If you enjoy the conversation and want to continue, just add it later. Participants can also create their own forum rooms, on any subject.

Moving on from explanations, I feel obliged to start with a standing ovation for the development of this platform. Well built, with very few problems, usability clearly taken into consideration. The final product turned out so well that my personal experience is being much more fruitful than in other years. And the reasons are simple:
– If I don’t like a lecture (and this happens often), I can change rooms in a click. In person, I saw several lectures that I found out halfway through I had no interest in but still stayed, because going to another lecture would take so long that, in the end, I wouldn’t have attended either one.
– At the last Web Summit, my focus was solely on listening, not on building new relationships. In the online format this network ended up happening in a natural way, when commenting on the lecture topics in the discussion area, someone would reply to me, then we would add each other and talk a little more about the subject. The day is over and I have 20 new virtual friendships within the platform. And with that, I already feel myself absorbing much more than I did in 2018 and 2019.

In a quick analysis, without even attending any lecture or debate, it is already possible to notice the difference in tone of the event. Unlike other years, this year’s Web Summit is much more focused on universal problems. There are several lectures with the word “save” in the title.

In my view, the Web Summit timeline unconsciously portrays the humanity of 2020. But the problems that the above lectures aim to solve with technology are not new. Apart from COVID19, the ethical and moral bankruptcy of the fashion and food industry are dated, but have not been as present in past events.

The year 2020 was dystopian, to say the least, and that seems to me to translate perfectly into the themes of the event. Last year, my biggest criticism was the utopian and superficial discourse of big companies, such as the phrase I heard “global warming is an opportunity for us to come together as human beings” (said by a Google representative).

And today, contrary to expectations, the need for regulation of big techs has already been emphasized in a debate by the AI Now Institute. The relief this brings me is unspeakable. Finally it doesn’t seem to me to be an elitist group of people who are not affected by the world’s problems, and really think that creating a map of the tops of the buildings in San Francisco will save humanity from all evils, since it will be possible to understand which buildings can have solar panels or a garden.

The tone of the narrative, as well as the energy of the participants, is different. It is a more sober event, which brought more themes such as the anti-racist struggle, the urgent need for diversity behind the development of technologies, the debate about what it is like to be a woman within the technology universe…

It is important to point out that Web Summit itself still has a long way to go: even with the racial roundtables, for example, there are few black participants. There are many women (it seems to me to be almost half), but very few blacks.

We still have 2 days of events ahead of us, but that is my initial analysis. Let’s see what the next few days of the event will bring!

Next7 consumer trends that will define the digital economy in 2021, according to AdobeNext
escrito por 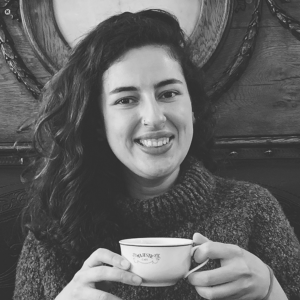 How can technology help education?

How can technology help education?

Monday ➝ Friday
from 9am to 5pm

We use cookies on our website to give you the most relevant experience by remembering your preferences and repeat visits. By clicking “Accept All”, you consent to the use of ALL the cookies. However, you may visit "Cookie Settings" to provide a controlled consent.
Cookie SettingsAccept All
Manage consent

This website uses cookies to improve your experience while you navigate through the website. Out of these, the cookies that are categorized as necessary are stored on your browser as they are essential for the working of basic functionalities of the website. We also use third-party cookies that help us analyze and understand how you use this website. These cookies will be stored in your browser only with your consent. You also have the option to opt-out of these cookies. But opting out of some of these cookies may affect your browsing experience.
SAVE & ACCEPT